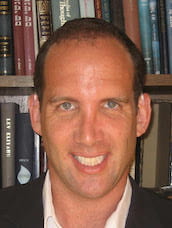 A native of Canada and a former camper at Camp Ramah,  I have a Bachelors in Semitic Studies (University of Wisconsin), Masters in Administrative Education and a Doctorate in Organizational Leadership  from Nova Southeastern University.  Over the years, I have also attended continuing education courses at such prestigious universities as Harvard, and Bar-Ilan University.   I have has been working in Education, both formal and informal, for over 20 years.  From 1998-2006 I was on the administrative teams of some of the most well-known Schools in N. America.  During my time as Principal, I taught several courses and workshops for teachers, parents and students alike. In addition I haves also taught leadership courses at Florida International University. In 2005 I moved to Israel and in 2006 established Best Buddies Israel – a non-profit organization which focuses on building relationships between individuals with intellectual disabilities and volunteers (A Kennedy Family NGO) – establishing branches throughout Israel.  I also advise organizations on how to create inclusionary environments within their institutions. In 2007 I became the director of education for the Jewish World at Yad Vashem coordinating and leading over 60 international seminars from over 30 countries in 7 different languages. Over the past 20 years, I have led and guided more than 30 trips to Poland and have trained thousands of Holocaust educators during my time at Yad Vashem.  I also helped design new Holocaust Curriculums for educational institutions. In addition to his traditional work in education, I  am a marathoner and personal  trainer.  Recently I started my second doctorate focusing on Holocaust and Genocide Studies….and am very exited to join the team at Ottawa Jewish Community School!